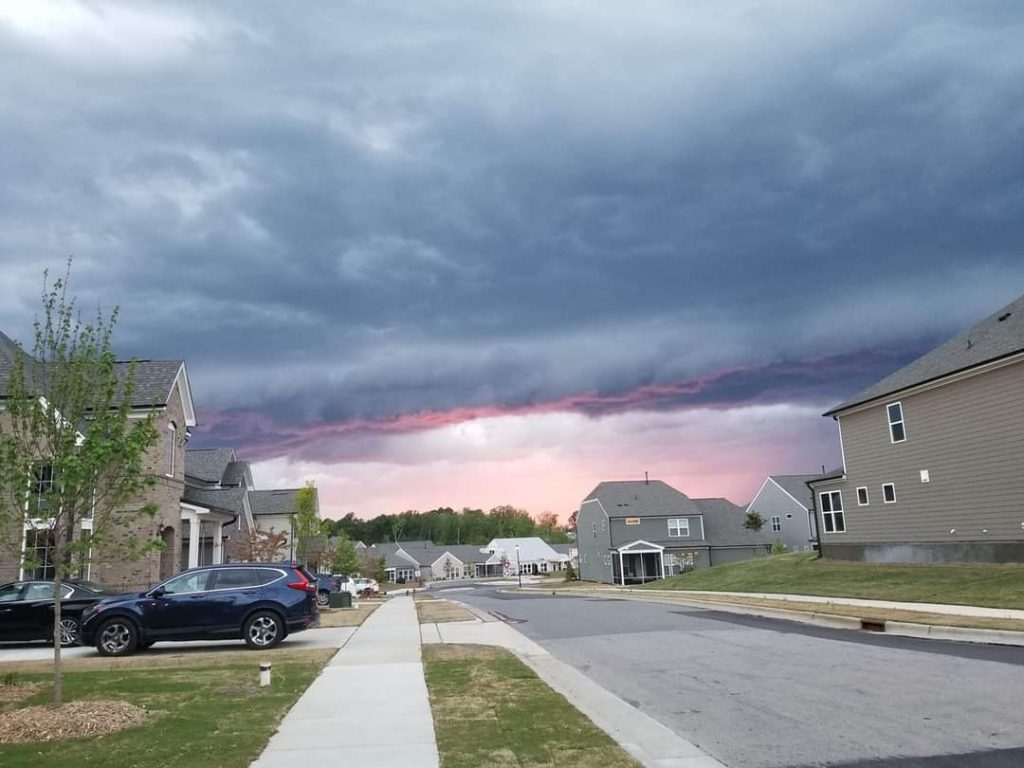 This event speaks to the Sin of Man, uncovered and consumed by the World’s Filth tainted by satanic influence, laws and culture.

The ash symbolizes those left behind to burn in Judgement for their unrepentant Sin, as it was in Sodom and Gomorrah..

ARAD — They lined up in rows of 10. Two hundred men and women in the nude, painted white and waiting for instructions from American photographer Spencer Tunick, perched on a ladder with a megaphone and his camera for this third installation about the Dead Sea.

The photographic installation was created to support the establishment of the planned Dead Sea Museum in Arad.

“The Dead Sea is disappearing,” said Tunick. “We need to find a way to sustain the level or to bring freshwater into the Dead Sea, but at the same time, keep all countries surrounding with water. Water is life.”

Steve Fletcher shares more Birthpain Warnings from the Lord Jesus with Israel enforcing mandates with an even further move in the Mark of the Beast System with mandatory digital scanning of QR Codes for the Green Pass!

JERUSALEM, Oct. 17 (Xinhua) — Israel started to enforce its Green Pass restrictions on Sunday, limiting entry to various public venues only to people who have received the third coronavirus vaccine booster.

The enforcement of the Green Pass, part of the Israeli government’s plan to fight the coronavirus, started on Sunday after more than two weeks of delay.

Under the new guidelines, a person will have to receive a third dose of the coronavirus vaccine in order to be considered fully vaccinated and be eligible to receive the Green Pass. People who have recently recuperated are also eligible.

The Green Pass is a barcode valid for six months that enables entry to various venues, including restaurants, cafes, bars, cultural and sporting events, cinemas, weddings, gyms, conferences and hotels.

In order to comply with the new rules, these venues are now obliged to scan QR codes before allowing entry.

The Real BPEARTHWATCH shares information related to major pressure building up at the main cone of La Palma. The lava is being shot out of the Volcano aggressively. The build up of pressure could cause a massive explosion and/or the cone to dramatically collapse.

Brace yourselves for what’s coming!

This also matches Oct 26th shown in Back to Future and in Donnie Darko as a key date for the luciefierians.

This is all part of the Mark of the Beast System (Social Credit System), which will soon will tie your medical data (Vaccination Status), behavior data and your social credit score to a Global Facial Recognition System to know who has the Mark and who does not.

These Systems will also enable the Covid Response Teams to track down the unvaccinated for quarantine and assassination.

Moscow also has a Facial Recognition System for 240 Metro Stations, which soon will be rolled out to all means of transportation.

Pastor Jerry Toney delivers a powerful Truth message regarding a Famine of the Word of God across all the Churches of the World from compromised Pastors with a plank in their eye, leading others to think it is OK to keep planks amongst them with no repentance unto Salvation.

Jesus’ First Words of Ministry when He came out of the Wilderness was to repent.

17 From that time on Jesus began to preach, “Repent, for the kingdom of heaven has come near.”

14 Make every effort to live in peace with everyone and to be holy;without holiness no one will see the Lord.

Hourly Watch shares more potent signs in the Constellations regarding the Coming of King Jesus with the Moon stopping at Lydia and passing Philippina (Phillipi) just like the Book of Acts at the Full Hunter’s Blood Moon on the 20th.

Then aligning this timing to the 3 Days of Darkness that aligns perfectly with the 10th Month of October and the 21st, 22nd and 23rd.

Which then, aligns perfectly to Cheshvan 17 on October 23rd/24th, along with the Sabbath Vayera!

Vayeira, Vayera, or Va-yera (וַיֵּרָא‎ — Hebrew for “and He appeared,” the first word in the parashah) is the fourth weekly Torah portion (פָּרָשָׁה‎, parashah) in the annual Jewish cycle of Torah reading. It constitutes Genesis 18:1–22:24. The parashah tells the stories of Abraham‘s three visitors, Abraham’s bargaining with God over Sodom and Gomorrah, Lot’s two visitors, Lot’s bargaining with the Sodomites, Lot’s flight, the destruction of Sodom and Gomorrah, how Lot’s daughters became pregnant by their father, how Abraham once again passed off his wife Sarah as his sister, the birth of Isaac, the expulsion of Hagar, disputes over wells, and the binding of Isaac (הָעֲקֵידָה‎, the Akedah).

11 From Troas we put out to sea and sailed straight for Samothrace, and the next day we went on to Neapolis. 12 From there we traveled to Philippi, a Roman colony and the leading city of that district of Macedonia. And we stayed there several days.

13 On the Sabbath we went outside the city gate to the river, where we expected to find a place of prayer. We sat down and began to speak to the women who had gathered there. 14 One of those listening was a woman from the city of Thyatira named Lydia, a dealer in purple cloth. She was a worshiper of God. The Lord opened her heart to respond to Paul’s message. 15 When she and the members of her household were baptized, she invited us to her home. “If you consider me a believer in the Lord,” she said, “come and stay at my house.” And she persuaded us.

21 Then the Lord said to Moses, l“Stretch out your hand toward heaven, that there may be mdarkness over the land of Egypt, a darkness to be felt.” 22 So Moses stretched out his hand toward heaven, and there was pitch darkness in all the land of Egypt three days. 23 They did not see one another, nor did anyone rise from his place for three days, but nall the people of Israel had light where they lived.

Edward Umling has a Word from the Lord Jesus declaring His Visitation is this Fall and will you be part of the Bride or have to wait until He comes back after the Wedding as a Servant (7 Years Later).

His Grace will soon be lifted!

He declares the airline industry to be affected soon, as well as a change to the Seasons and Time.

The Most important event that I’ve been waiting to be announced is taking place. Obama- The antichrist will attend the UN Meeting where the 7 Year Global Covenant of Peace -Laudato Si’ with the 2 Beasts ( UN & The Vatican) and the False Prophet will be confirmed and launched!!

Former President Barack Obama will travel to Glasgow next month for a UN climate summit and will meet with young activists and deliver remarks putting the threat of the climate crisis into broader context, an Obama spokeswoman tells CNN.null

“He will lay out the important progress made in the five years since the Paris Agreement took effect, highlight the leadership of young people around the globe, and urge more robust action going forward by all of us – governments, the private sector, philanthropy, and civil society,” Hannah Hankins said in a statement.

President Joe Biden will also be attending the summit, and so will 13 of his Cabinet members and senior administration officials, including his top domestic and international climate advisers Gina McCarthy and John Kerry. The expected show of force underscores the priority the Biden administration is placing on combating the climate crisis.

The international climate summit, called COP26, is taking place from Sunday, October 31, to Friday, November 12. COP is short for the Conference of the Parties to the UN Convention on Climate Change, and 26 signifies this is the group’s 26th meeting.

Information related to the Two Beasts

We have the 1st Beast whose Fatal Wound that was Healed (Papal Dynasty into the Vatican) and the 2nd Beast (The UN) with a 7 Year Covenant to start on Nov 14th, but that was supposed to start on Oct 4th, 2021!!

The False Prophet has a 7 Year Global Covenant of Peace -Laudato Si’ that was supposed to kickoff Oct 4th, 2021, but now has been postponed to Nov 14th with a 40 day prayer gap in between- https://www.ncronline.org/news/earthbeat/laudato-si-action-platform-launch-pushed-back-mid-november

The launch will also follow a major U.N. climate conference, COP26, to be held in Glasgow, Scotland. That could be symbolic, Kureethadam told working group members, because once the conference is over, “we get to do action.”

In anticipation of COP26, Francis is set to host a gathering of faith leaders and scientists at the Vatican Oct. 4, which also concludes the ecumenical Season of Creation. They are expected to produce a statement to world leaders stressing the moral urgency of substantial action at the Glasgow summit.