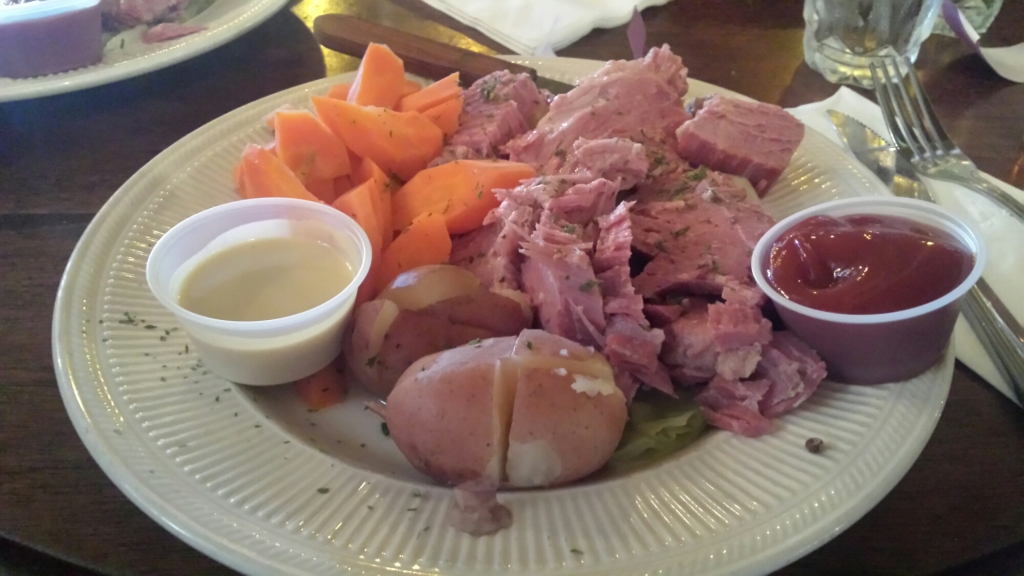 St Patrick is known as the patron saint of Ireland. True, he was not a born Irish. But he has become an integral part of the Irish heritage, mostly through his service across Ireland of the 5th century.

Patrick was born in the later half of the 4th century AD. There are differing views about the exact year and place of his birth. According to one school of opinion, he was born about 390 A.D., while the other school says it is about 373 AD. Again, his birth place is said to be in either Scotland or Roman England. His real name was probably Maewyn Succat. Though Patricius was his Romanicized name, he was later came to be familiar as Patrick.(theholidayspot.com)

What does St. Patrick’s Day mean to you?

I tell you what it means to me…

It is an Irish moment of celebration and most of us American’s dive into it at full capacity with our clothes, our emotions and livers, while we ingest tons of Jameson and corned beef hash.

I remember as a kid to make sure I put on some green clothing else someone would pinch you and seeing the Leprechaun movie back in the 80’s and wondering if I would ever find a pot of gold.

Today I found myself with two of my colleagues at the Duke of Edinburgh in Cupertino, Ca. 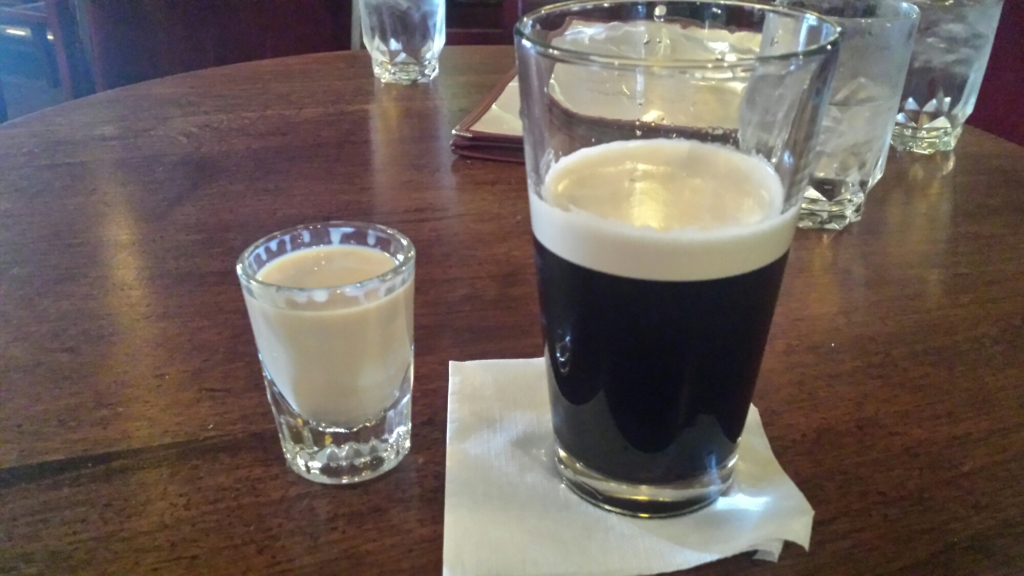 This place had a tavern type look in the inside, seats of luscious colored burgundy chairs with tables of a 1930’s look and it really gave you a feel of an Irish Pub of culture and abnormal to a regular bar.

We start off with Irish Car Bombs and if you are not familiar with it then let me tell you that this is the first firework ignition of any grand fiesta!

An Irish Car Bomb is a Guinness Beer with a shot of Jameson and Irish Cream Liquor.

Sip about 1/4 of the glass of Guinness down and then drop the shot glass into the Guinness and down that thang!!!

The sweetness mixed with the smooth taste and a slight taste of bitterness from the Guinness is a divine experience.

It ignites the party just like having multiple shots with friends on a Friday night. Don’t knock it until you try it.. I promise you that you won’t be disappointed.

Other than that, another tradition that is a must is the Corned Beef and Cabbage!

This is the first thing I ordered with my car bomb and I was in an awe moment once I received my order. Something about having a slight spiciness tied to a unique texture of the beef with the soft rubbery cabbage doing jumping jacks in my mouth makes me smile. 🙂

There’s no combination like this where it feels like you are in some kind of experiment of taste bud extravaganza. You can’t stop eating it once you begin so it’s really hard to take this food to go so don’t even try. This is true live action eating satisfaction! Good job Duke!

Well party people….I have more drinking to do so cheers to the Irish and have a great and safe night! Keep hope alive!