Did you know…. Thai cuisine is a simple yet clever combination of Eastern and Western influences harmoniously combined into that je ne sais quoi. Sour, sweet, salty, bitter and spicy … END_OF_DOCUMENT_TOKEN_TO_BE_REPLACED 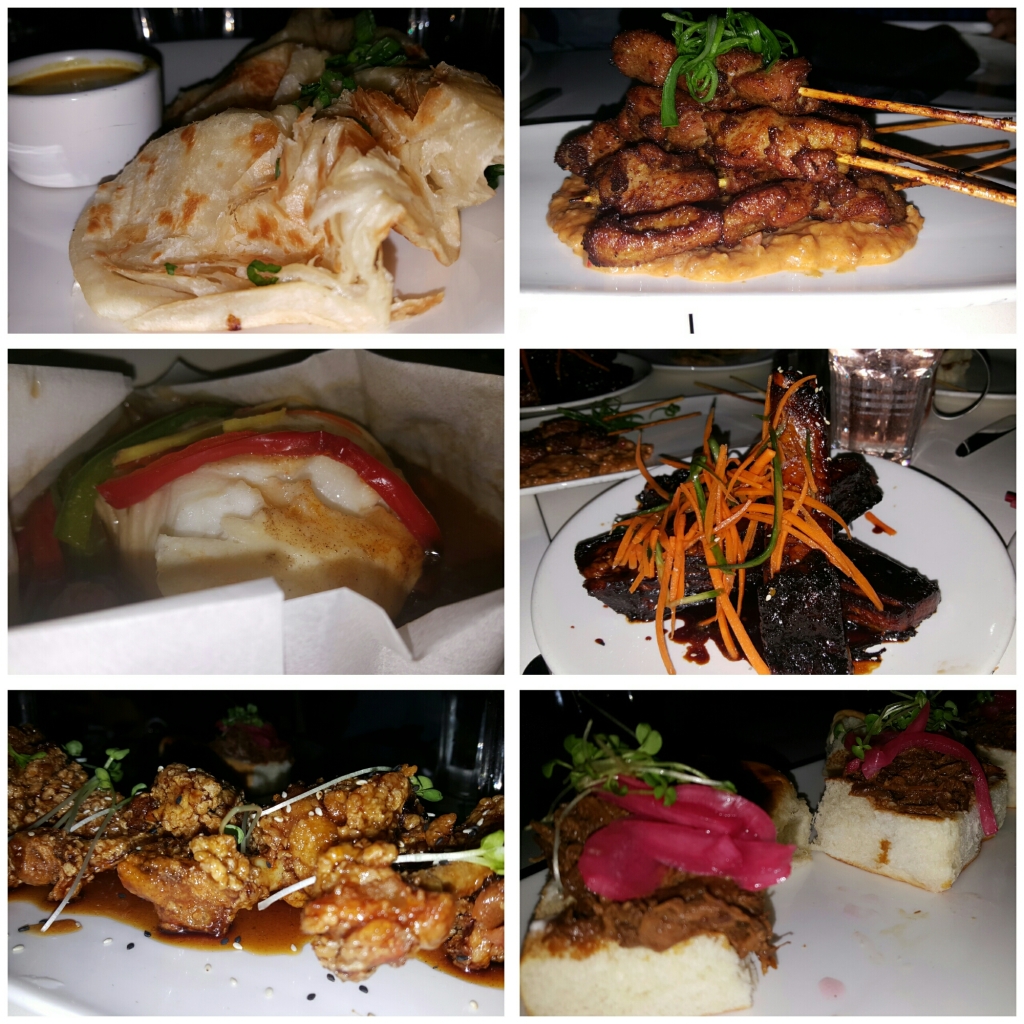 Fusion Cuisine is actually not new. It has been around for a couple of decades. Chefs started to merge cuisines around the ’70s. Culinary legends like Wolfgang Puck among others introduced this concept. He actually laid down the foundation for this technique. He is the brains behind the common culinary fusions and pairings. An example of which is the fusion of European cuisine with Asian cuisine, commonly referred to as Eurasian cuisine. This was easy for Chef Puck because of his knowledge of both cuisines. He was originally trained in Europe, but he is thoroughly familiar with the Asian dishes. Eurasian basically combines two cooking techniques and dishes, so you can end up with poached tofu, for example, which generally mixes European and Asian method of poaching.

Of course, this form of cooking is not limited to Eurasian cuisines. Asian foods are also combined. You can find dishes that combine Thai food with Malaysian food or Malaysian cuisines with Vietnamese dishes. Combining cuisines of countries from the same region, however, is less challenging. It is actually easier to combine ingredients from the same region because these countries have, more or less, influenced each other in their cooking.(multiculturalcookingnetwork)

So it’s one of our family friend’s birthday celebration and they are holding it at one of favorite Asian Fusion restaurants.

We love this restaurant because of the hip music, classy bar/lounge environment with Asian Fusion cuisine that will knock your socks off.

END_OF_DOCUMENT_TOKEN_TO_BE_REPLACED 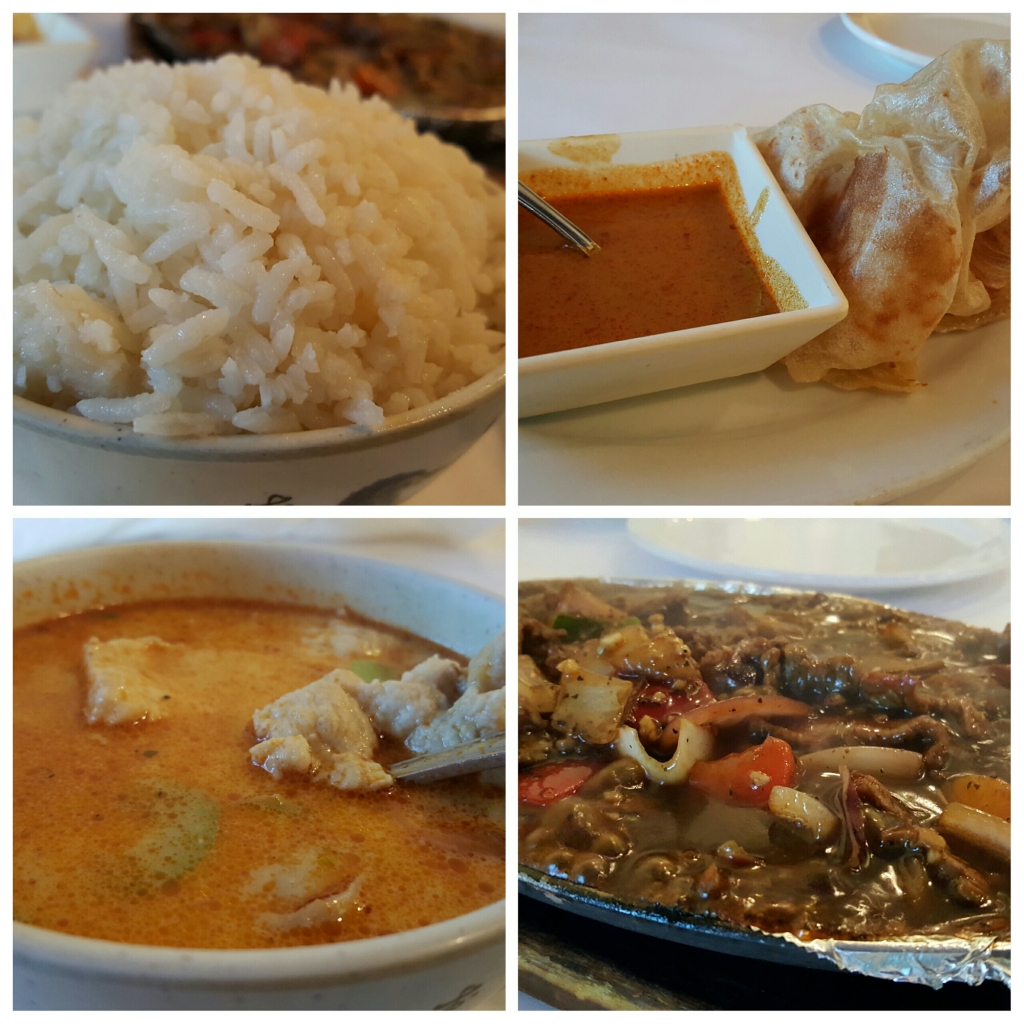 Malay cuisine is known for its vibrant and diverse flavors, eclectic influences and rich history. Generally, Malay cuisine refers to food from Malaysia, Singapore, Brunei, Indonesia, Mindanao and Southern Thailand. It is within these areas that food enthusiasts will find some of the most interesting and complex flavors in the world. Malaysia specifically is comprised of 13 states, and is home to predominantly Malays, Chinese and Indians, but the population is a wonderful hub of cultures and ethnic groups, making the gastronomy here an exciting blend of spices, flavors and cooking techniques. Historically, Malaysia was part of an incredibly successful spice trade, most records of which date back to the 15th century.(theculturetrip.com)

If you love Thai food, Indian food and Chinese food then you will love Malaysian cuisine!

This can be a spicy food eaters heaven with the delicious exotic masterpieces of flavor so be prepared.

Don’t get me wrong you can ask for mild spicy dishes, but to me when you do that, you lose about 10-15% of the flavor.

Enough with the foreplay..

Let’s dive in and talk about it..

END_OF_DOCUMENT_TOKEN_TO_BE_REPLACED 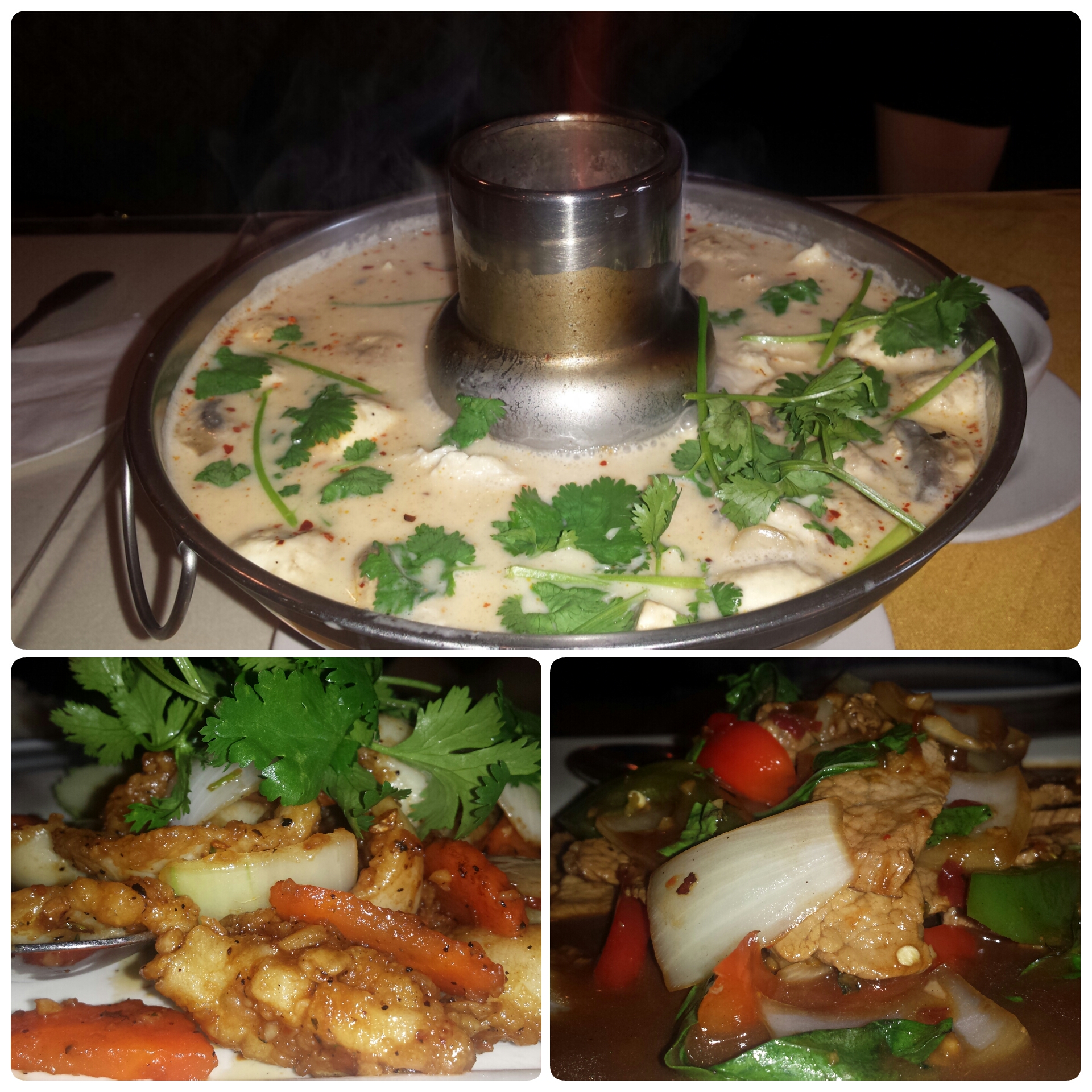 Coconut oil, high in saturated fat, has many a use in the kitchen from frying to candy making while coconut milk is a highlight to many cuisines characteristic of the tropical islands. Coconut milk is popular with curry dishes, quite often infused with the spice. In Burma, Cambodia, Philippines, Indonesia, Singapore, Malaysia, and Thailand curry and coconut milk go together like butter and toast in the Western world. It’s a pretty simple recipe. Coconut milk is cooked over a high heat so that the milk and cream break down allowing the oil to separate. The curry paste is added at that point and mixed well, and then all other ingredients from seasonings to vegetables and meat are added and left to simmer to steep and converge. A delicious dish!

Coconuts trees bloom up to thirteen times a year and though it takes a year for the coconuts to mature, new fruit is constantly being produced. One full-blossomed tree may produce 60-180 coconuts in a single harvest.(milk.gourmetrecipe.com)

If you like spicy flavorful food then Thai food is a delectable treat for you!

The savory nectar of rich and exotic flavors is what makes Thai food one of my favorite dishes!

One of my favorite places to go to get my injection of this sinful pleasure is Siam Thai Cuisine in Cupertino, Ca.

END_OF_DOCUMENT_TOKEN_TO_BE_REPLACED 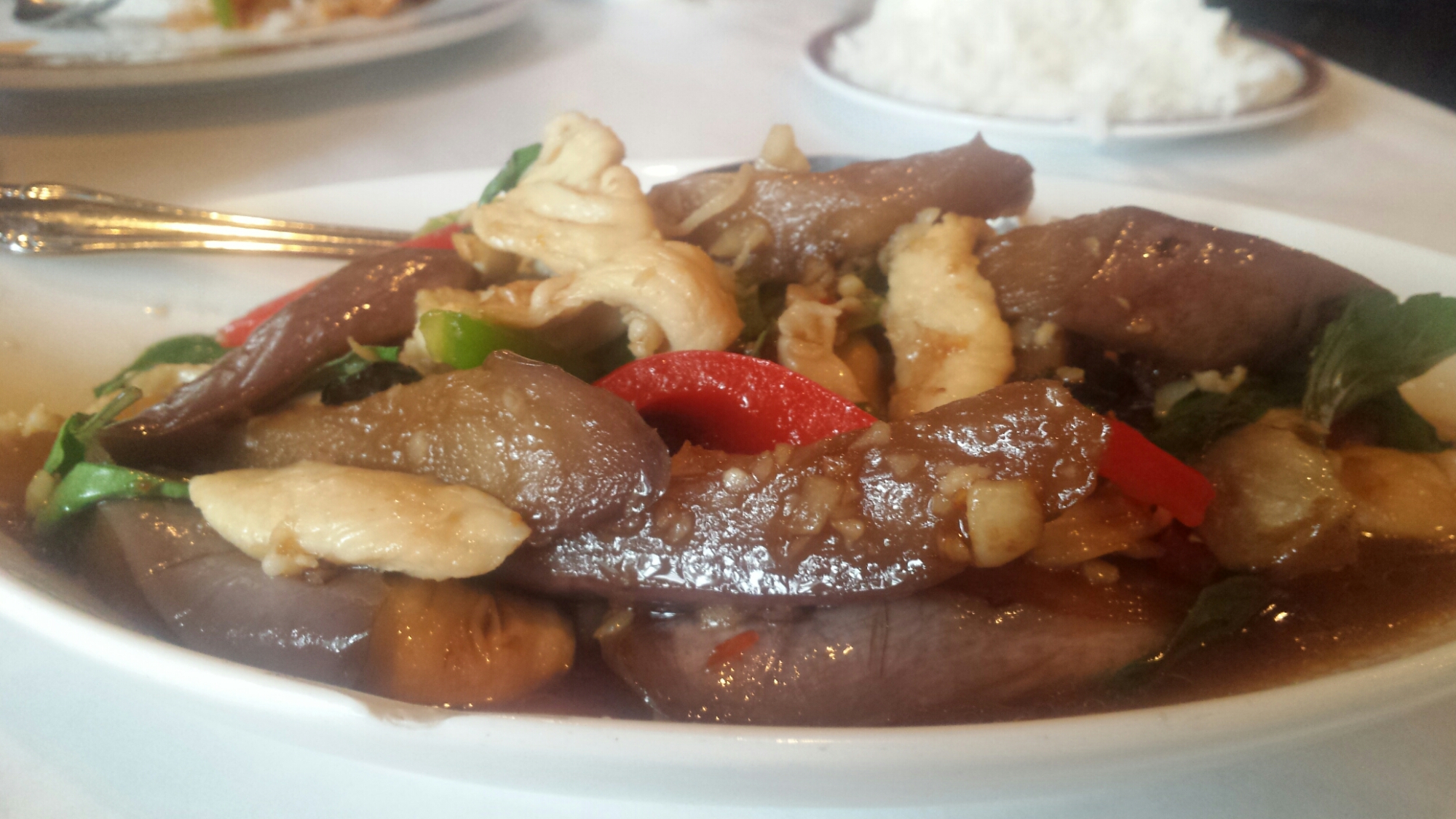 Until 1939, the country we call Thailand was known as Siam. It was the only Southeast Asian country never colonized by the West. This helped Thailand to maintain its own special cuisine (cooking style). However, that cuisine had already been influenced by Thailand’s Asian neighbors. Outside influences such as Chinese cooking methods, IE, the introduction of frying, be it stir frying or deep frying have become what is now probably Thailand’s favorite cooking method, especially stir frying and the use of the Wok.

From nearby India came not only the Buddhist religion, but also spicy seasonings such as cumin, cardamom, and coriander, as well as curry dishes. The Malays, to the south, further shared seasonings, as well as their love of coconuts and the satay. (simon-sauces.com)

Are you going for burgers and beers? Or Hot Wings and Beers? Or maybe tacos and beers?

If you are looking for a spice party in your mouth while cooling it down with a beer then maybe Thai food is in your horizon….

END_OF_DOCUMENT_TOKEN_TO_BE_REPLACED 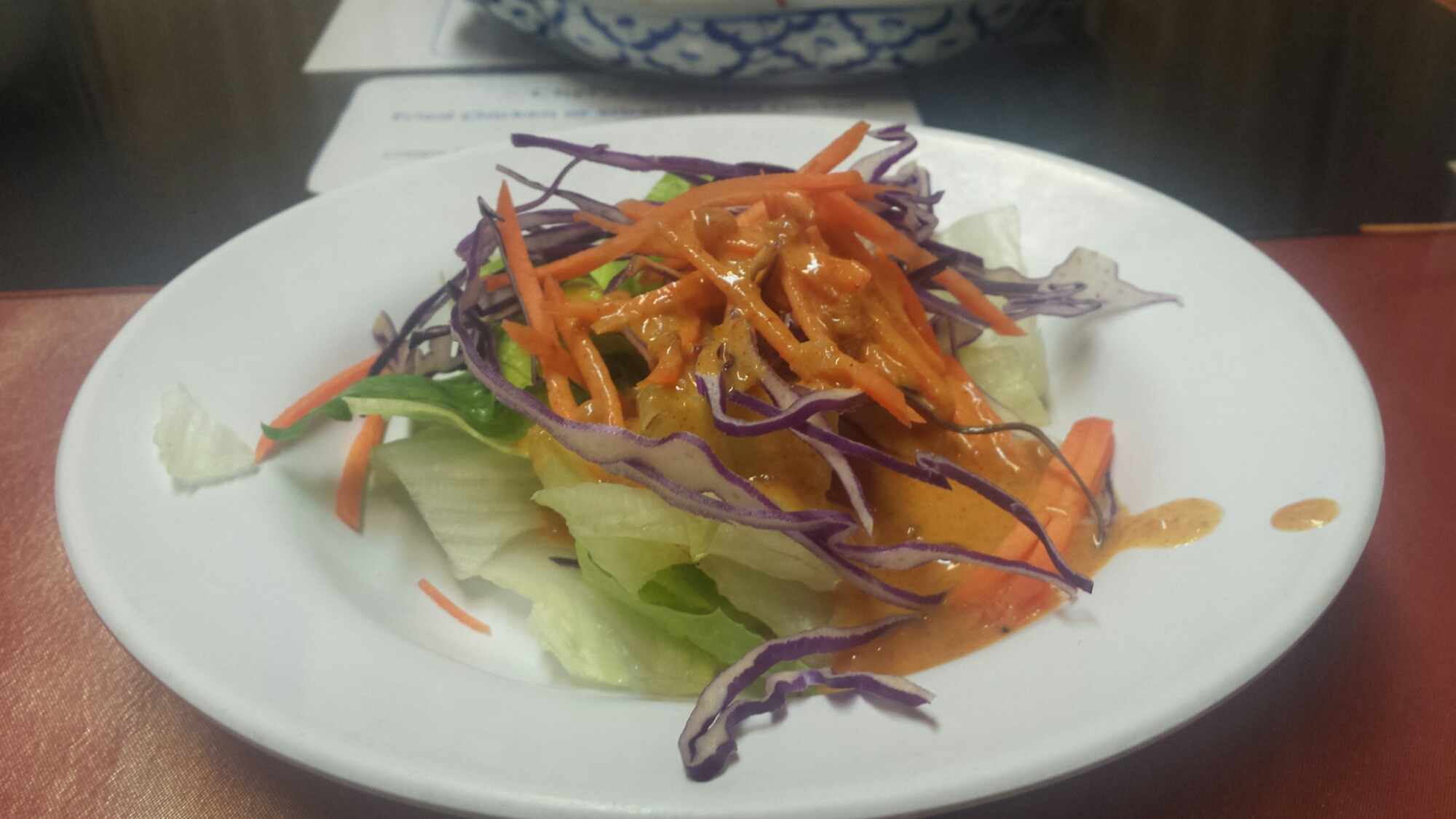 The Royal Thai Cuisine or “Aharn Chao Wang” or “Kapkhao Chao Nai”, the original recipes were prepared in the Royal Palaces. The royal Thai cuisine became well-known in the beginning of the Rattanakosin Era when some royal members prepared meals or “Phra Khrueang Ton” for the royal families..(amazingthaifood)

Flavor upon flavor upon flavor!! I should begin and end this blog post with just the pictures alone and in my Forest Gump voice state, “and that’s all I have to say about that.”

Thai food is awesome, Thai food is scrumptious, Thai food is a 4th of July in Las Vegas in your mouth! It is a craving that I must hold in the grasp of my gums at multiple times in a month.

END_OF_DOCUMENT_TOKEN_TO_BE_REPLACED 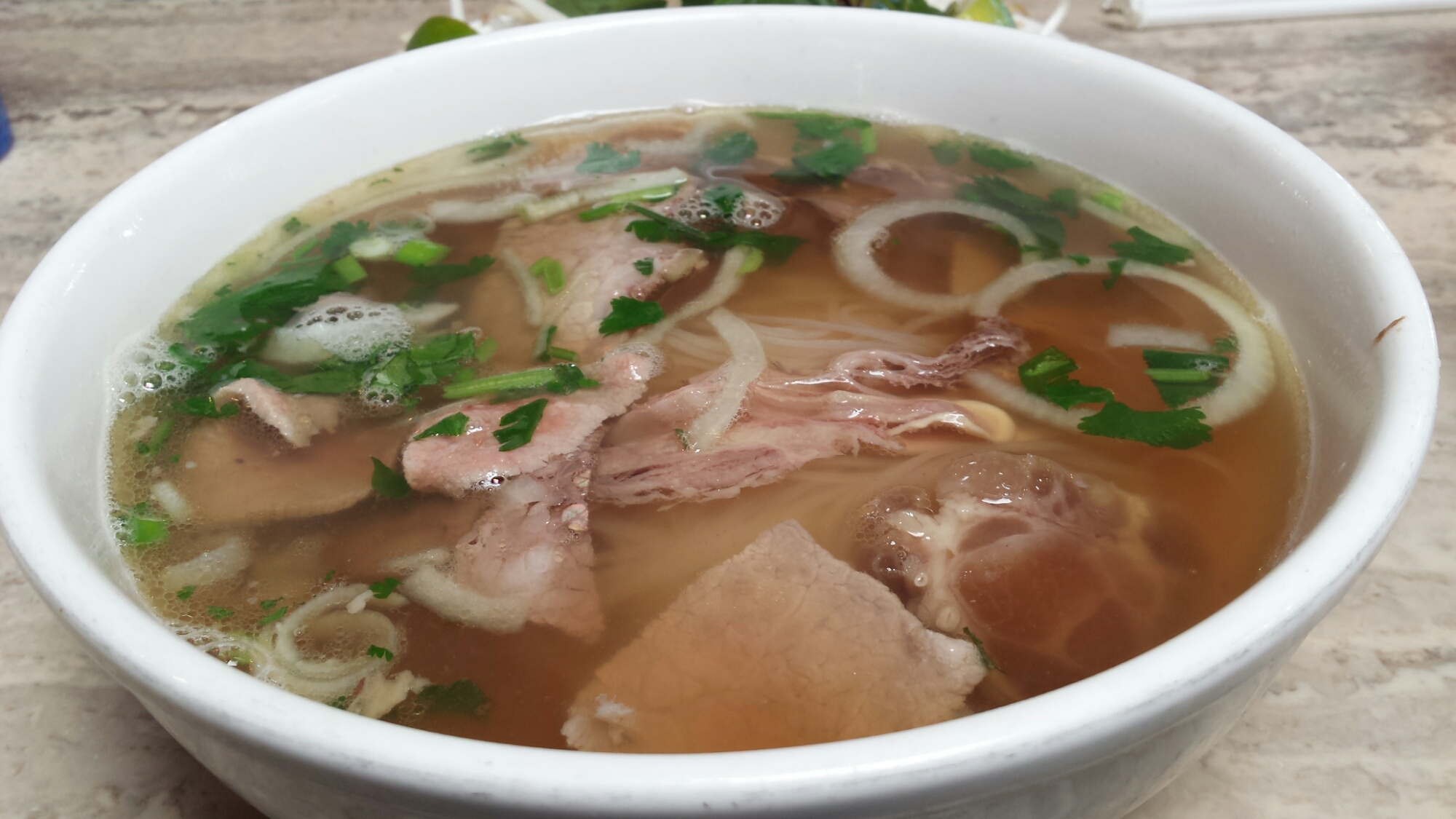 Vietnam has a unique/odd habit of adding broth/soup to the rice bowl, which appears nowhere else in the planet. In Latin America, people add pop corn or fried plantains to their soup but Vietnam is the only, in terms of rice.(vietnamonline)

So it’s Sunday and we just did an hour drive from visiting Virginia’s mom’s house in Vallejo,Ca and we have some errands to do before we get home. We have to visit with our photographer for our wedding which will be coming up in June which is stressful enough and then we need to look for a wedding band as well.

Sounds like a day where we are going to need some serious comfort food to make the smiles stay steady with us today.

If we planned on having a nice cold beer then a burger and fries, chicken strips or fish sticks would most likely be the lunch of choice. However, we need to run around and I need a fix that is going to keep me filled but bring us great pleasure of enlightenment without needing the alcohol consumption to go with it since we already indulged ourselves with wine and Glenlivet last night. 🙂

When I am in this kind of mood a sodium filled, flavor explosion of Pho soup and egg rolls tickles my fancy just fine!